I’ve always had an idea in my mind to hold a public competition in say Darling Harbour (Sydney, Australia) where participants build something to race. Anything, a boat, a car, a plane, really anything because a competition is always fun to watch. Not necessarily for ‘wow that’s cool’ but failures can be pretty hilarious too.

The idea is probably even plagiarised, I remember as a kid there was a woodworker/carpenters competition at said Darling Harbour where various companies were given a pile of wood and had to build a boat and race it in a limited time. There were awesome entries and there was the sheets of wood nailed together and fell apart as soon as it hit the water. Hilarity when the ‘losers’ swam and capsized almost everyone else.

Back to the Kart.

The idea is to build and race remote control karts (cars) around a course of obstacles and other fun things. There’ll be a set of rules and restrictions to make it challenging and fun.

That was the basic idea, with a potential spinoff that if we can aim for a low enough cost we can potentially produce a ‘kit’ that can be used for education to promote interest in electonics and Engineering.

I bounced this idea by the local hackerspace (Robots & Dinosaurs) here in Sydney and ended up with a mega thread of 144 replies so far. There are varying opinions on various items, for example how a ‘low cost’ solution might be ‘too hard’ and also confusion on who the target audience is.

So hence I propose a fork into two Karting Categories

I am still very eager to create a platform that can be used for schools and keen parents to teach their kids about electronics/programming/general principles. The audience I had in mind for this is 12-16 year olds, say in high school where design/build/racing of the Kart can be built into the school curriculum. Does anyone remember or know about the ‘Mouse Trap Racers’ and ‘Rubber band Car’ competitions? Isn’t it about time we advance a little bit into electronics and build something a bit more complex? I think the Kart would be a great replacement.

To have it in a competition form provides positive motivation for the child to succeed. Who doesn’t want to win against their mates? Isn’t this alot more fun than reading out of a text book? Its interactive, its hands on and I think it should be good.

So this idea is currently at the ‘Design Challenge’ phase where I seek everyone’s opinions and ideas on how we can make this an open-source kit for children. The main driver for this would be affordability, with $25 for electronic components as my rough budget. Bonus items would include expandability (can the kit be reprogrammed or used again?) and ease of build (e.g. I’ll avoid any use of power tools).

Again a reminder, affordability is key. There will be some of us who will say ‘but it is only $1 more’ or ‘$10 is nothing’, please remember not everyone may be as fortunate as you and that amount of money may be significant to them. I want to provide the best ‘educational value’, performance is not the main theme.

Of course there are those of us who just wants to have a bit of fun and not let our creativity be constrained by tight budgets, thus creation of this new category for HACKERS. There will still be a set of rules and constraints to avoid overkill and competition domination just by money, so just throwing the idea out that its probably to put a dollar constraint on this one as well – say $100?

The possibilities for this one is that we can have build workshops at our local hackerspace to help each another and learn as well as having a bit of fun with competitions with prizes. If this gets off the floor, we can compete with neighbouring hackerspaces as well just to add a bit of friendly rivalry into the mix.

I very much like the idea of a ‘kart race’ over other forms of competitions like the robot wars type. It is less ‘violent’ for starters and may help to promote the public image of hackerspaces in a better light.

In closing, here is a rubber ducky… 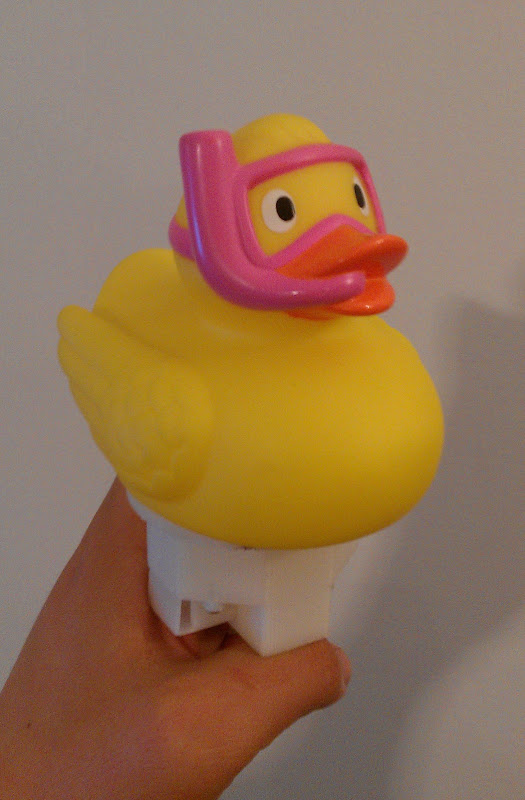